In case you hadn’t guessed by now, I quite like restoring hand tools. So when a friend of a friend asked me to restore her Record 05 1/2 jack plane I jumped at the chance. 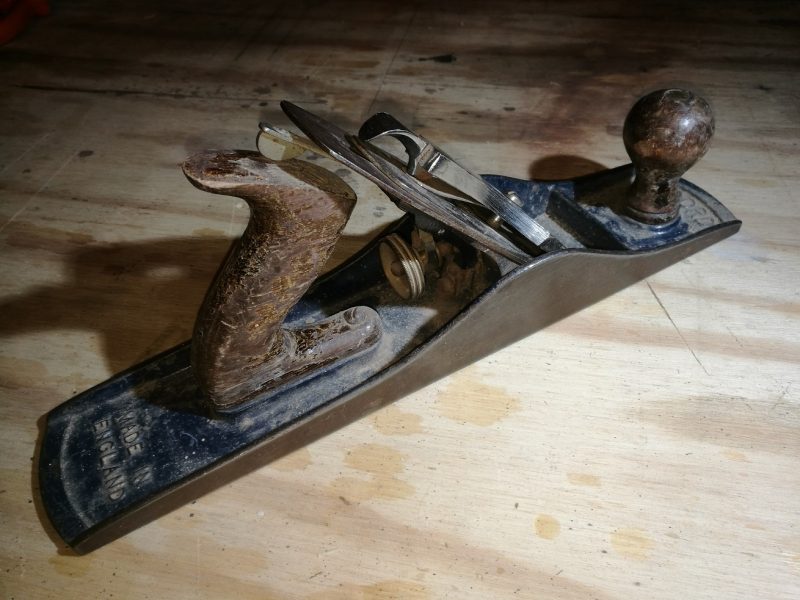 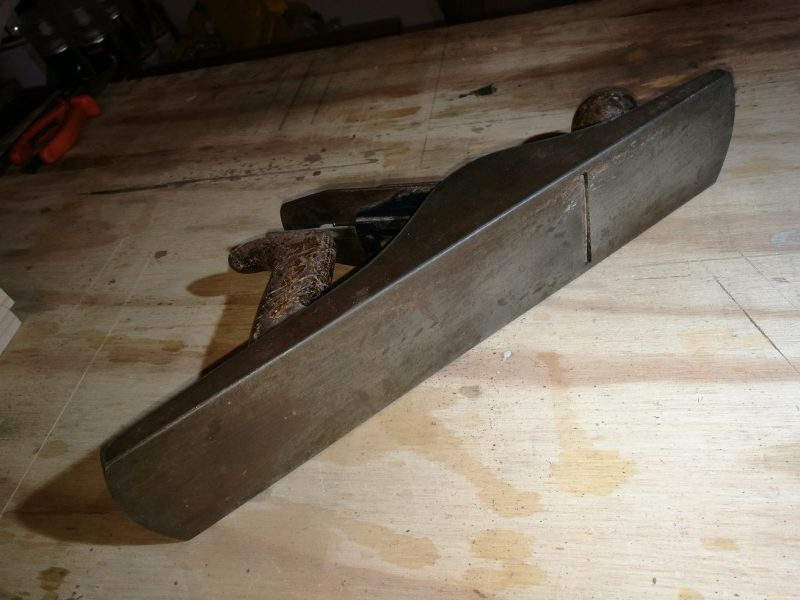 The brief was to give it a full tune and repair any damage, but not to refinish it or go crazy restoring parts to the factory shine. It looked a bit worn and it had obviously been sat around unused for several years, but not in too bad a condition, apart from the one obvious issue that will become apparent. The first job was to strip it down to it’s component parts: 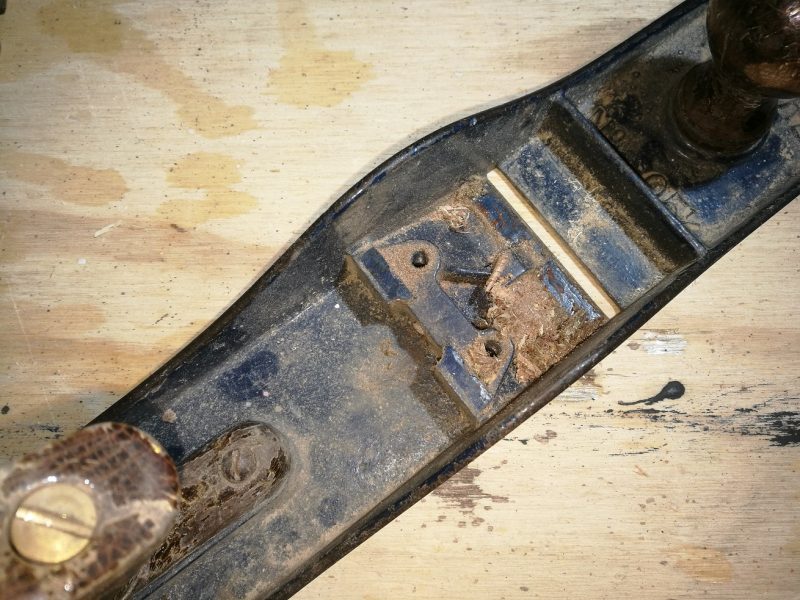 The first observation was that this plane had never been fettled from the factory. The mating surfaces weren’t perfect, which had allowed debris to build up under the frog. However, the iron was honed well with a lovely consistent radius to the cutting edge, so it was clearly used by a skilled craftsperson. 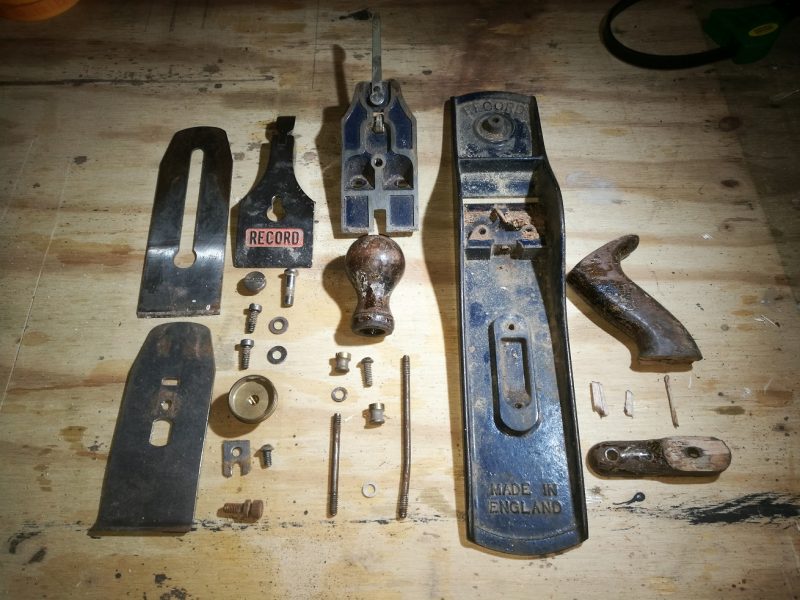 This is the plane disassembled. The main problem with the plane is much more apparent now – it has been dropped on its tote: 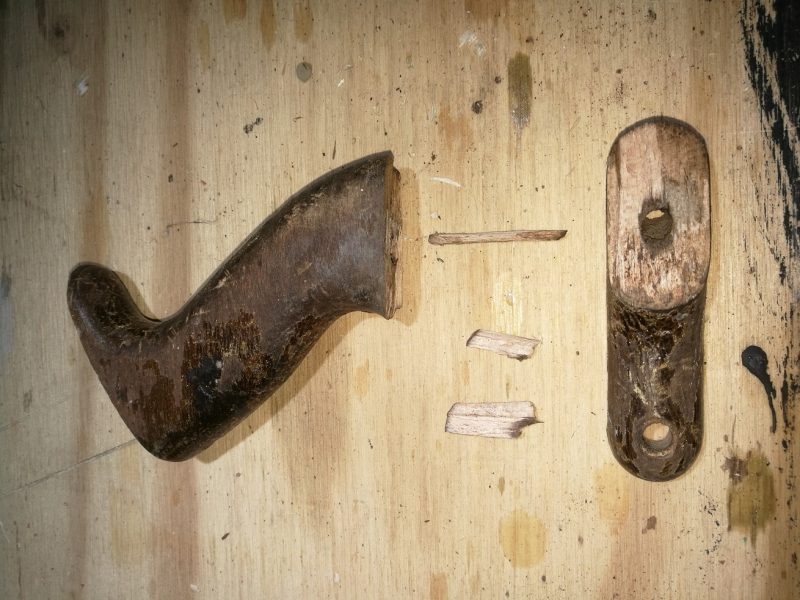 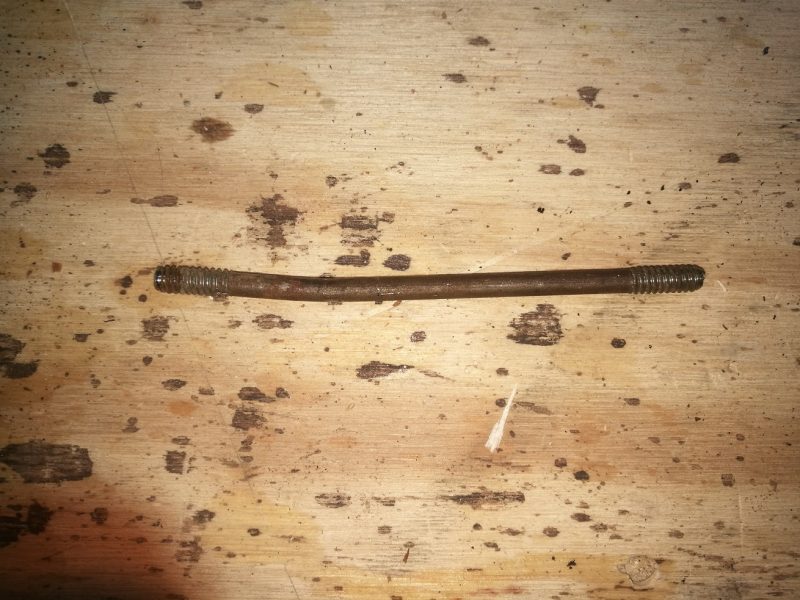 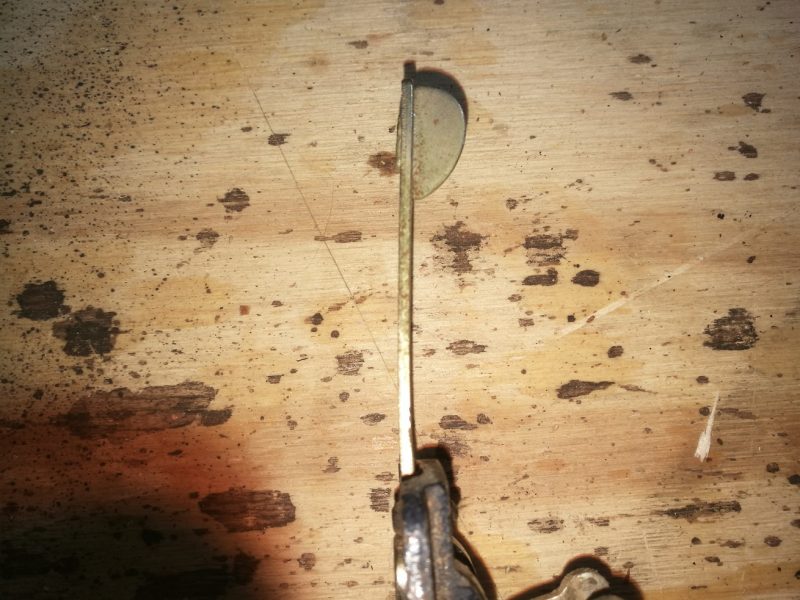 The force of the impact was taken by the rear tote, the securing rod and the lateral adjustment lever. The rod and lever were quickly fixed by gently manipulating them back into shape, but the tote was a bit more difficult. I cleaned up the joint as much as possible, then carefully glued and clamped it into position and left it to set: 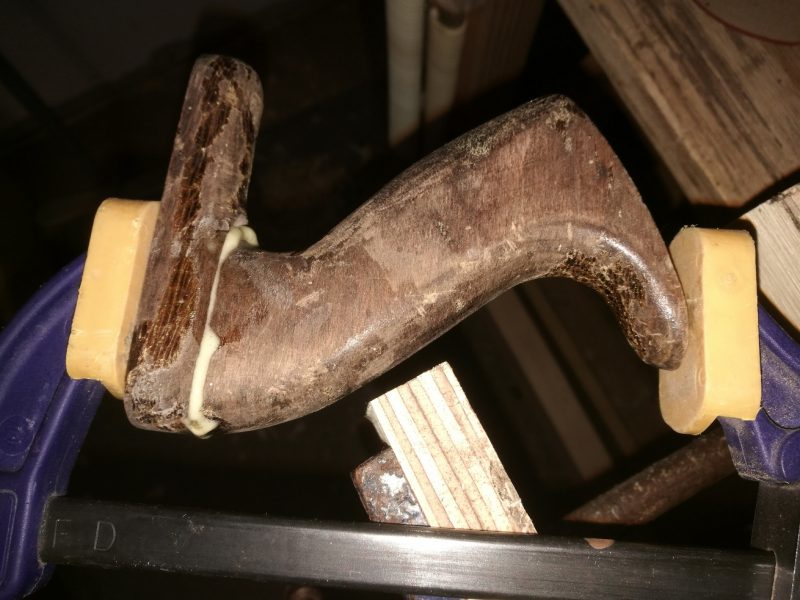 Whilst the glue was curing I worked on refinishing the front knob. I don’t own a lathe, so the quickest way to sand it smooth is to chuck it up in a drill and use sandpaper on it whilst it spins: 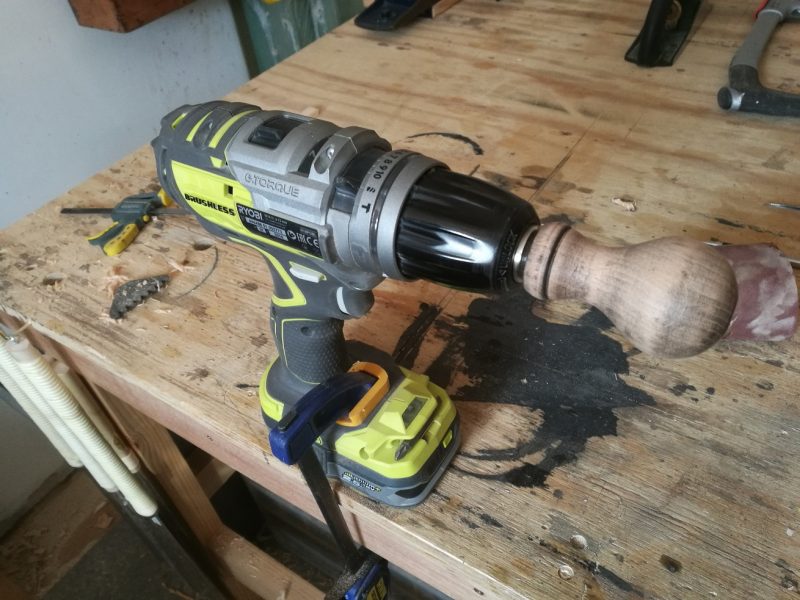 When the glue was dry I sanded the tote and was left with two clean and smooth wooden handles ready to be refinished: 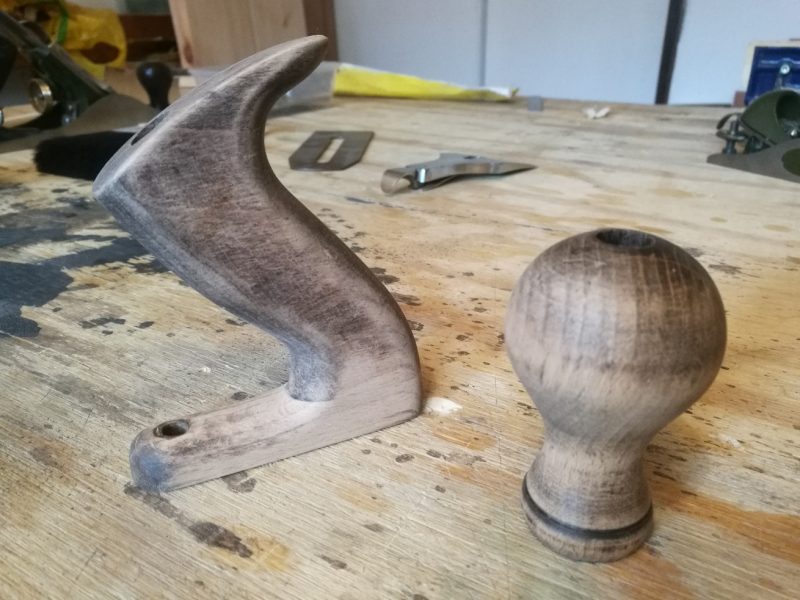 Next I added some stain and left them overnight to dry: 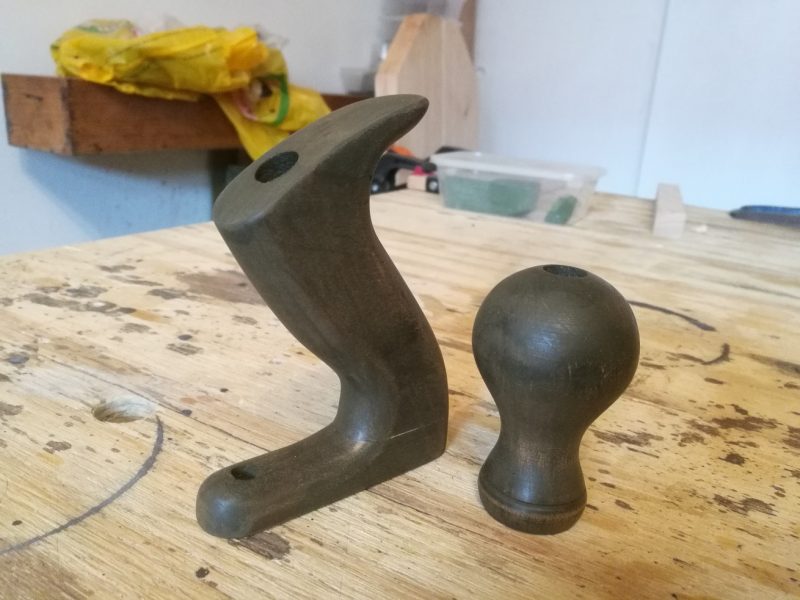 The next day I went to continue the work on the handles, expecting to give them a light sanding with a very high grit paper and finish with several applications of Alfie Shine wax, but I immediately came across a disaster. The tote had split on the glue line: 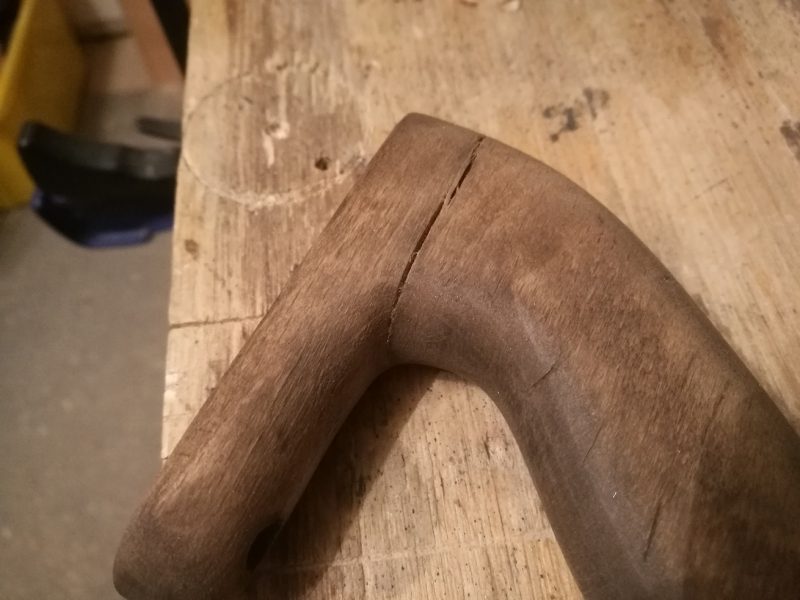 The glue had failed despite me following the instructions to the letter and using far more glue than necessary. It was the first time I had used the foaming Gorilla glue to repair a tote, and it will certainly be my last! I had to reglue, reshape using rasps and files and refinish the tote, but it worked perfectly the second time around and they looked wonderful after the Alfie Shine had been applied: 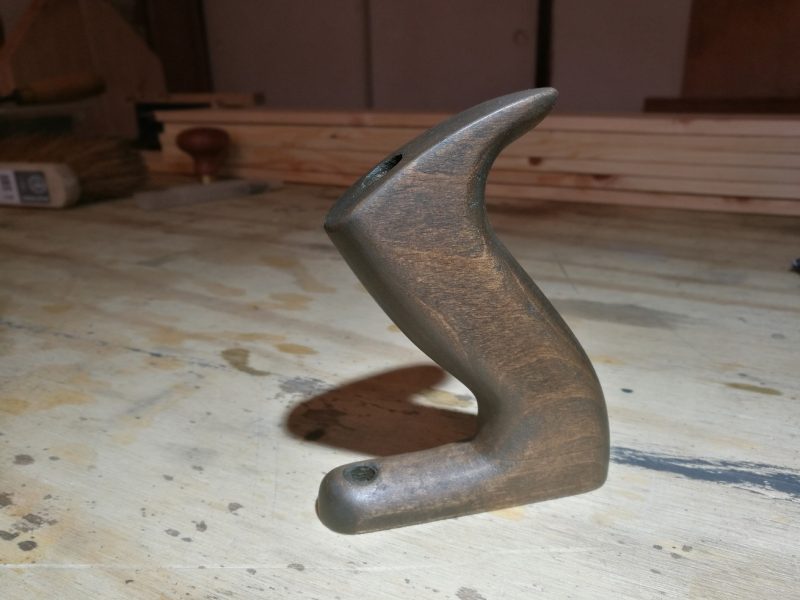 With that problem resolved I moved on to the other parts. First I cleaned and lightly polished all of the brass parts. This is before: 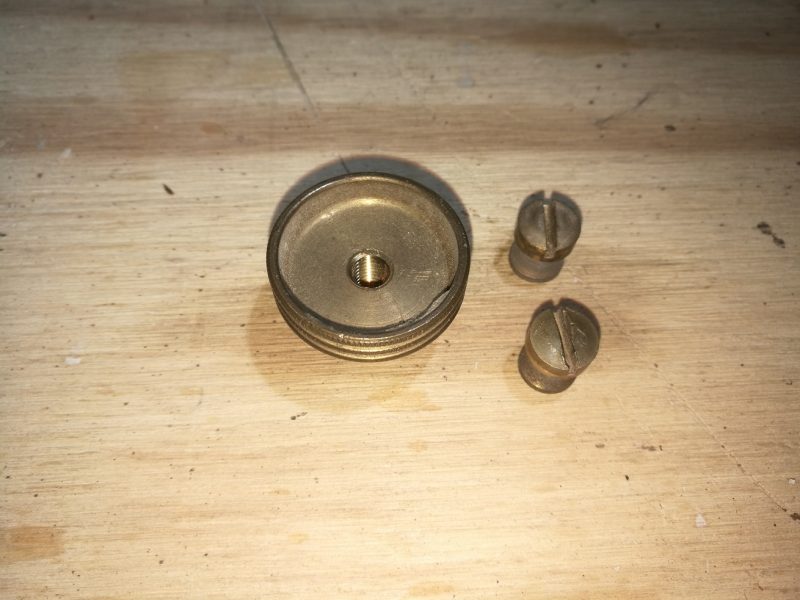 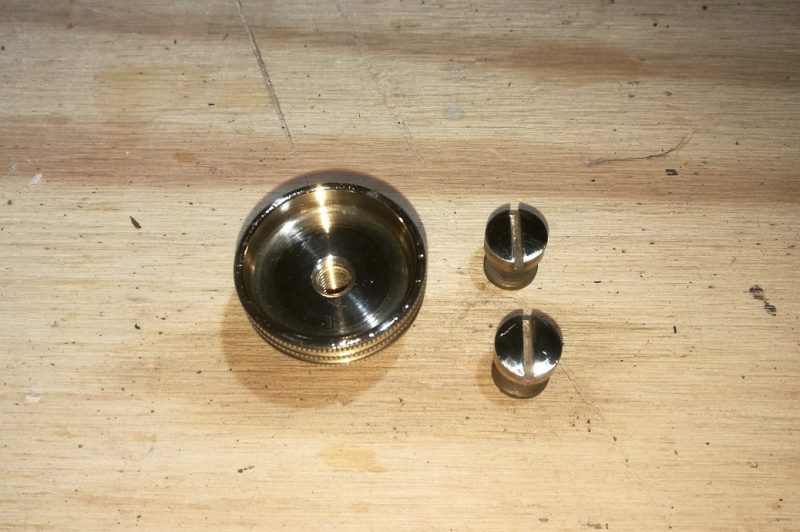 The lever cap got the same treatment. Before: 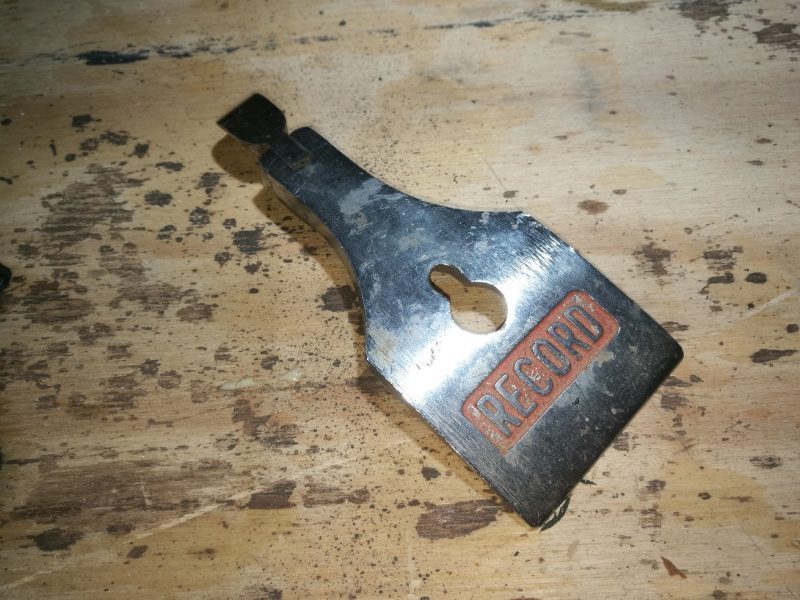 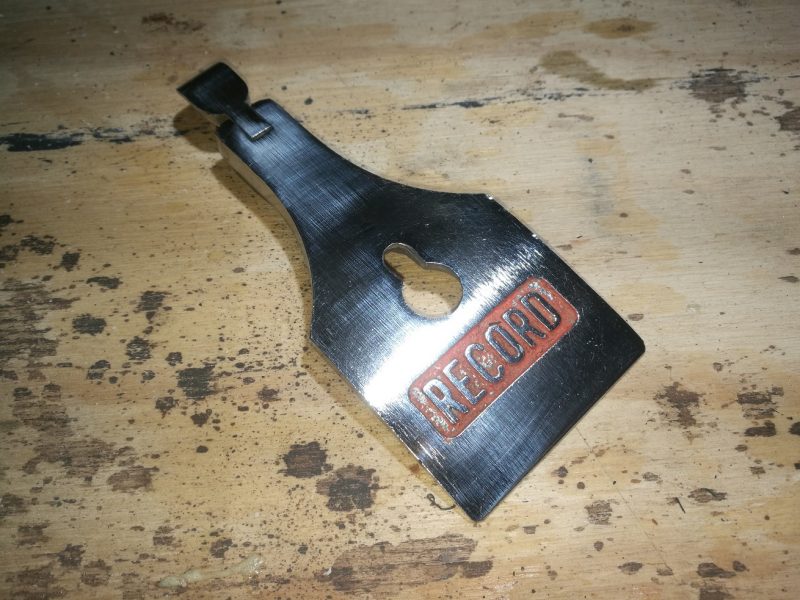 The main body of the plane wasn’t going to get repainted as most of the original Japanning was there and in good condition. This is before: 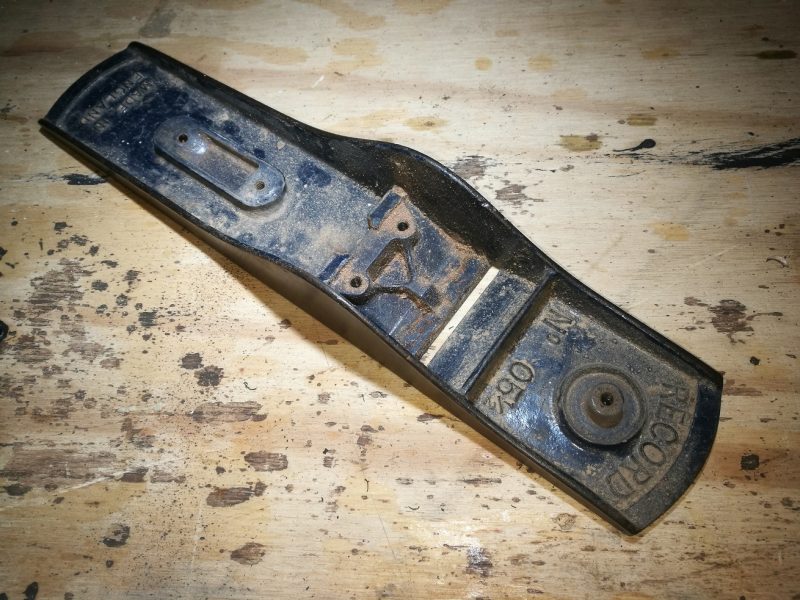 And after a thorough clean, wax and honing the mating surfaces:

The frog came next. It got the same treatment as the body. Before: 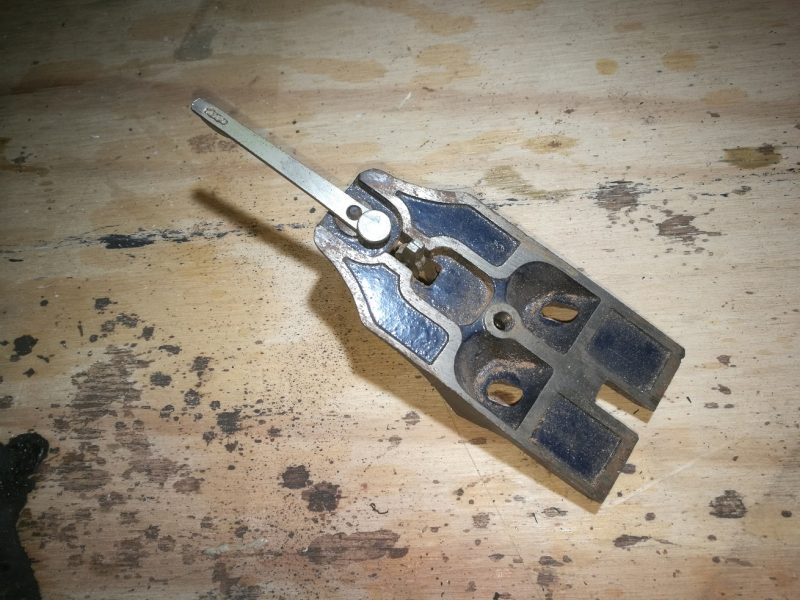 And after a clean, wax and honing:

All the other parts got a thorough clean and wax, before oil, grease or thread locking compound was applied as necessary. The iron was rehoned to a razor sharp edge and the cap iron was flattened on the mating surface and polished on the leading edge to allow the shavings to pass more easily. This is everything ready for reassembly: 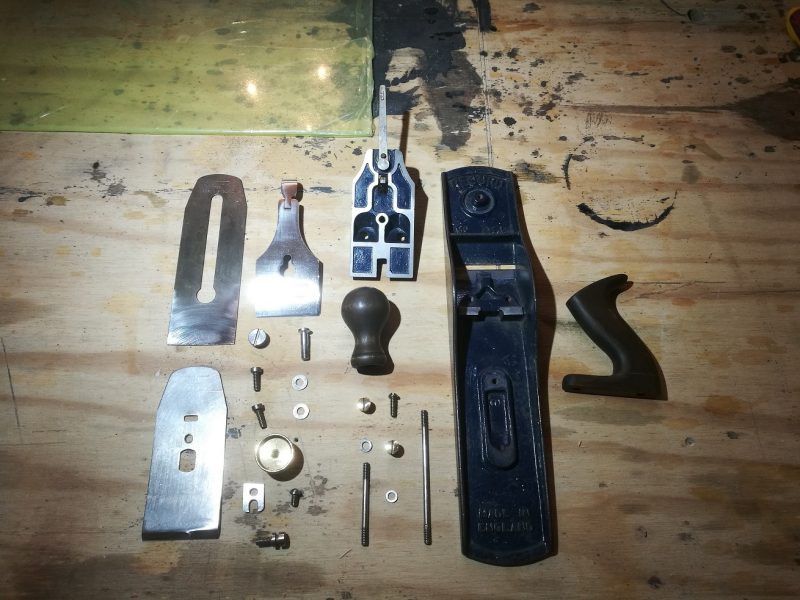 Once the plane had been assembled the final job was to flatten the sole. When I was happy with this it was time for a test drive:

As you can see it performed really well. I was so happy with it I really didn’t want to give it back to the customer! She was very happy with the end result, and having had it for a few weeks she told me that she now looks around the workshop for things to plane because it is such a joy to use. If that isn’t a recommendation I don’t know what is!

Do you have a tool that needs restoring? Maybe something that needs to be sharpened? Or you have some old hand tools that you want to sell or pass on? Then please get in touch and I’ll be happy to give you some free advice and no obligation quotes and offers.