Boy, was I wrong

I wrote in a previous post that the favourite hand plane I own is my Rapier 3 plough plane, made by the Anglo Scottish Corporation in Gateshead, England, and based on the Record 043 plough plane.

Well I was wrong. 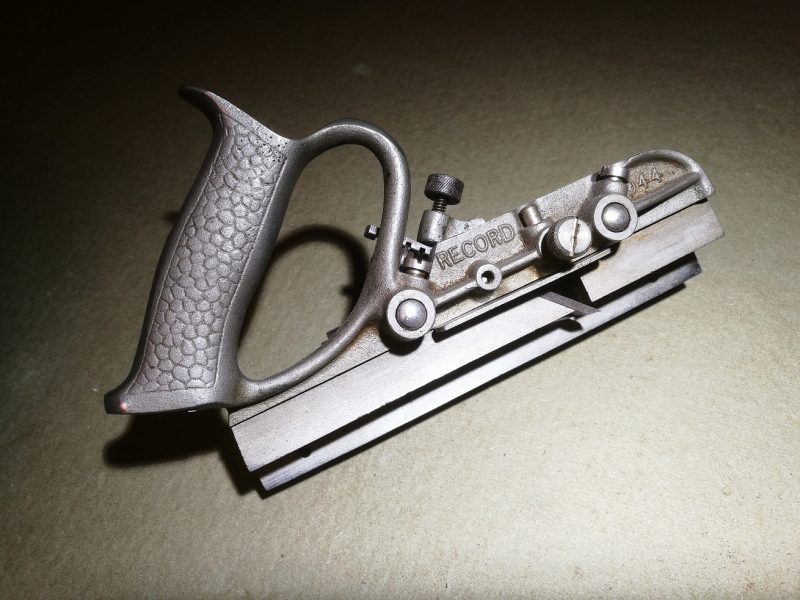 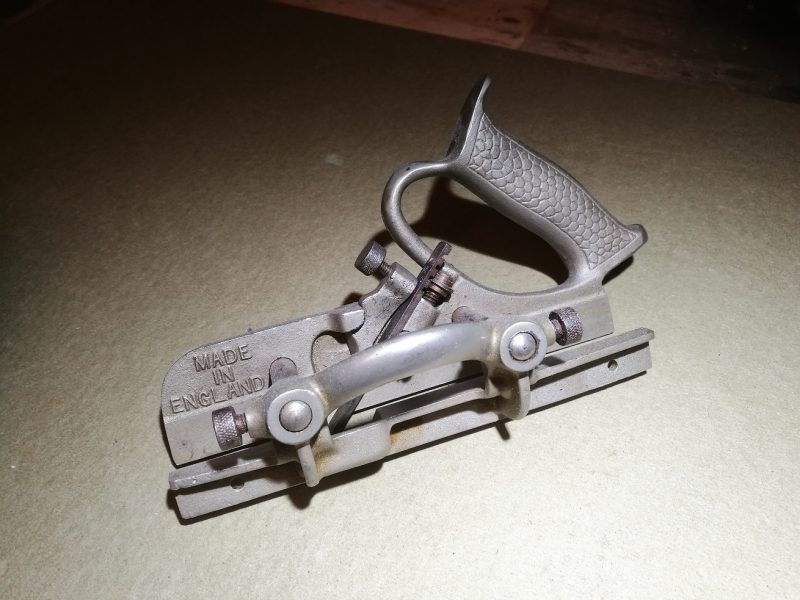 This is the Record 044 plough plane, bigger brother to the 043. It performs the same task, but the main differences are a rear handle – which is so much more comfortable and controllable than the rounded palm rest on the 043 – and a fine adjustment screw to control the cutting depth of the iron. I’ve wanted one for a while and finally found one cheap on the famous internet auction site.

As soon as the incredibly well wrapped package arrived I broke it down to see what I had: 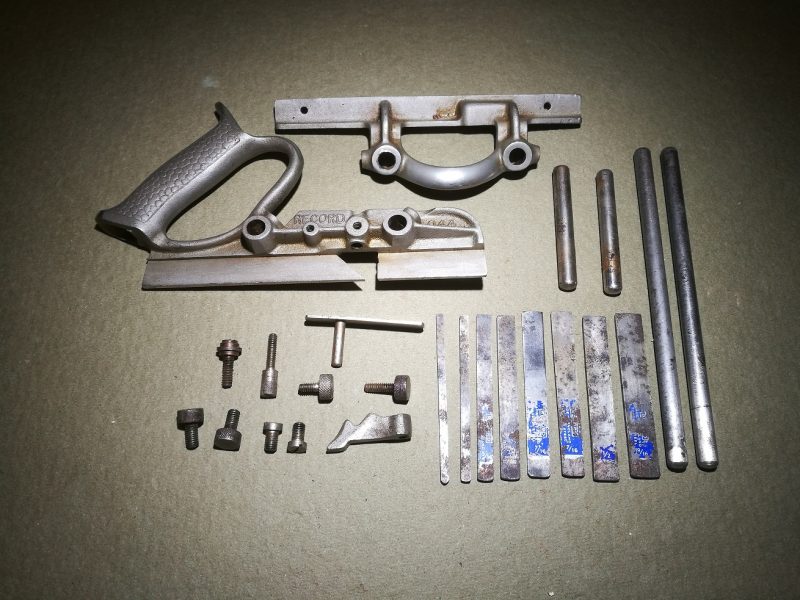 First impressions were good. There were a couple of spots of rust and some loss of nickel plating to the plane, but this will be a daily user so that didn’t bother me. Mostly it was just dirty. Every part was there, which is the important thing. 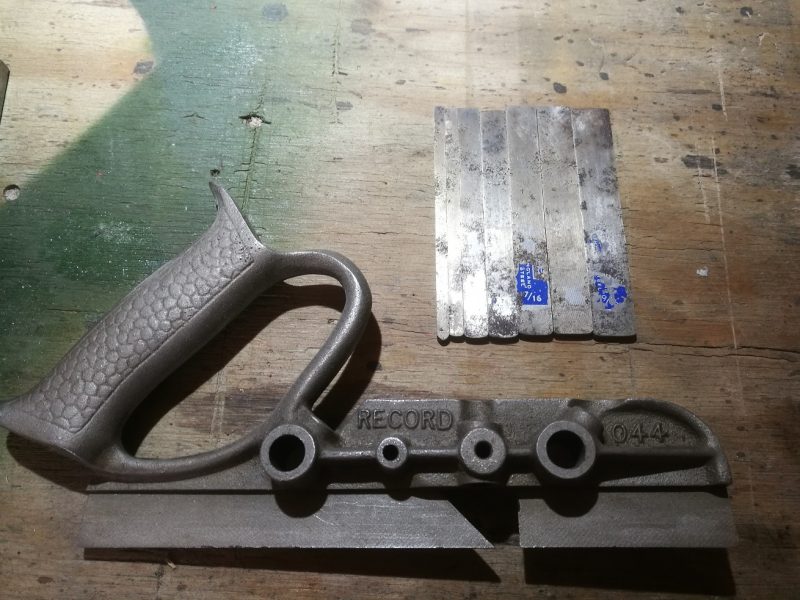 Not much luck with the irons though. The 1/4″ iron was missing, and all of the others were severely pitted by corrosion. I started by flattening the backs of all the irons to see if they could be salvaged: 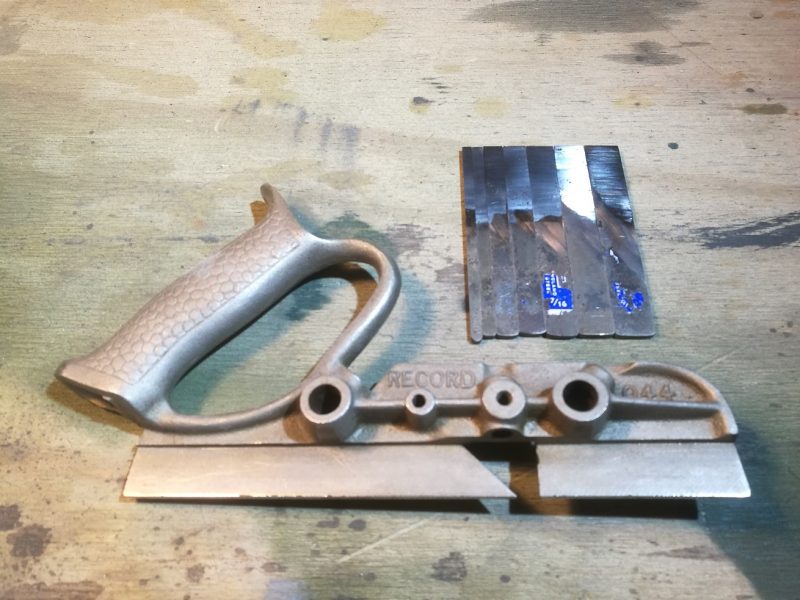 Then I worked on the bevel edges, bringing the cutting edge to square and raising the bevel angle to 30 degrees: 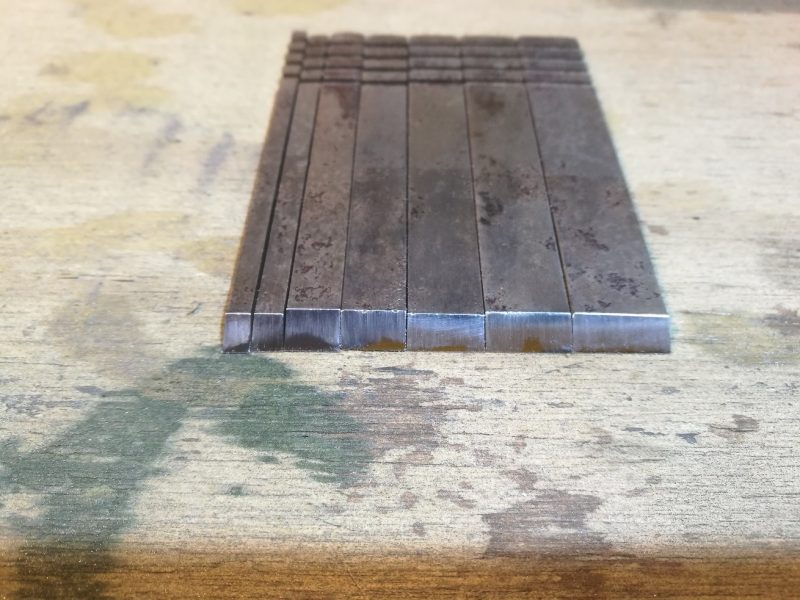 As you can see, the leading edges of all the irons were affected by the pitting. This is enough to affect their performance, and I’ll be looking at replacement irons in the future, but they will have to do for now.

After cleaning everything and using 0000 wire wool on the rusty areas, it came out really well: 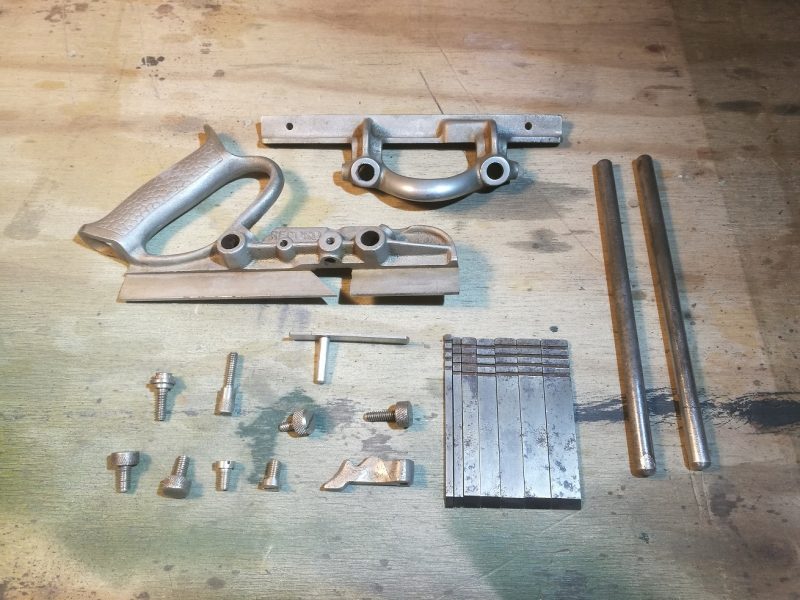 I reassembled it, making sure to use light machine oil on all the threads and lightly greasing the fence rods: 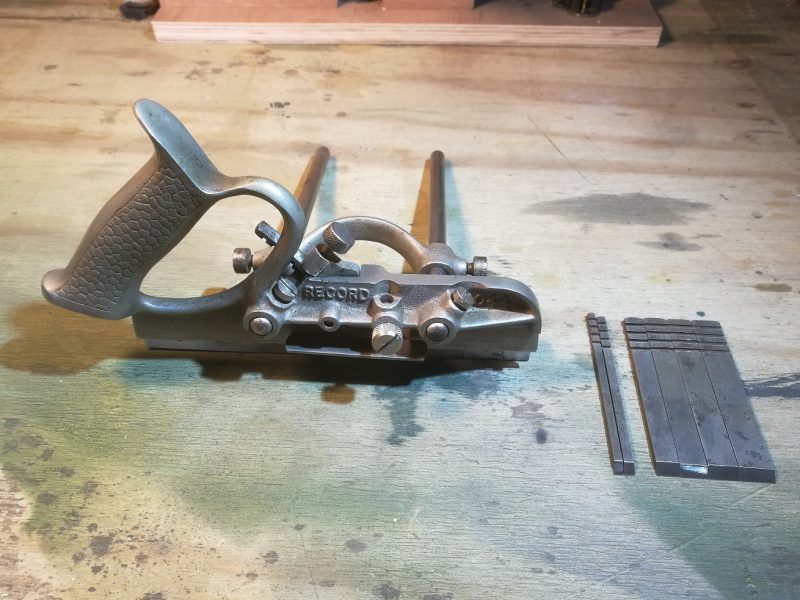 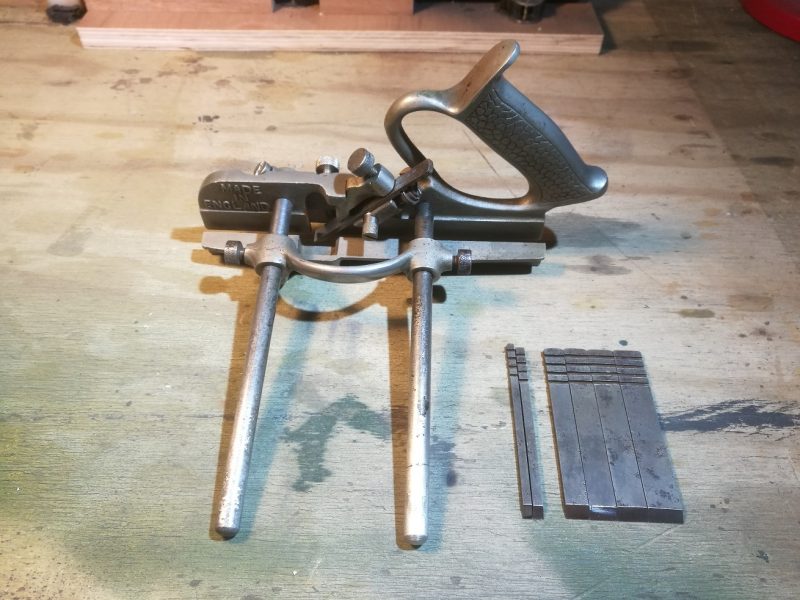 Next came my favourite part, the test drive, which it passed with flying colours: 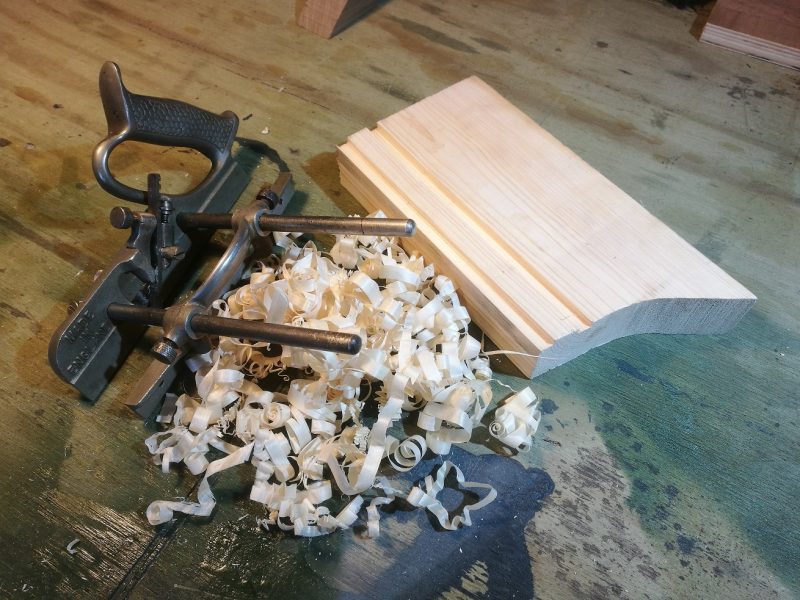 As you can see it cut a groove and a rebate perfectly, even with the damaged iron. Whilst using it I was grinning so much my jaw hurt! However, there was still one last thing to do to finish the restoration off…

Using the remaining Scottish Ash that I used to make the wooden fence for the Rapier 3, I planed and shaped that to size: 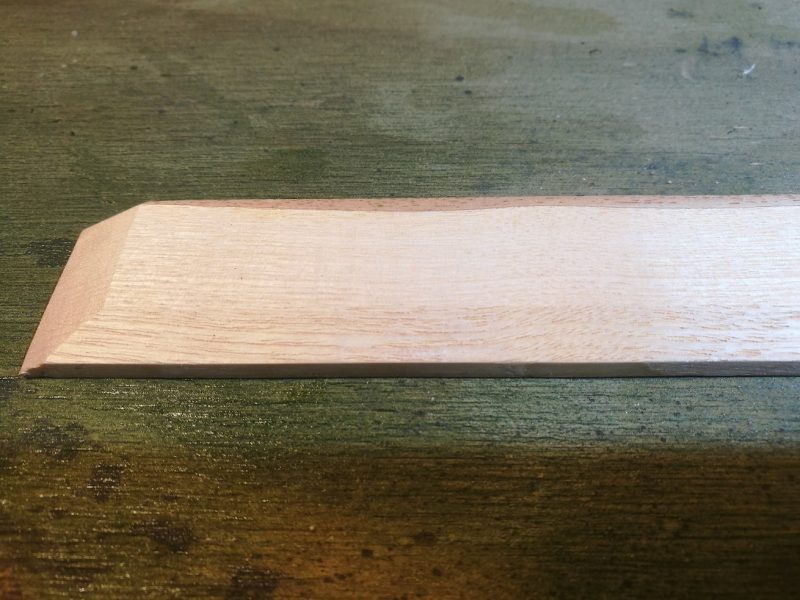 Next, I added the cutout for the iron and predrilled the holes for the mounting screws: 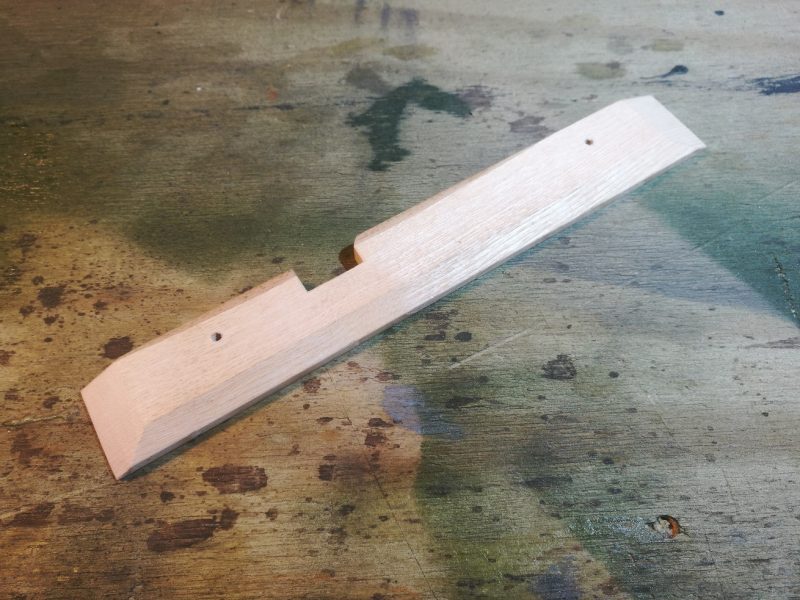 And then it was time for a test fit: 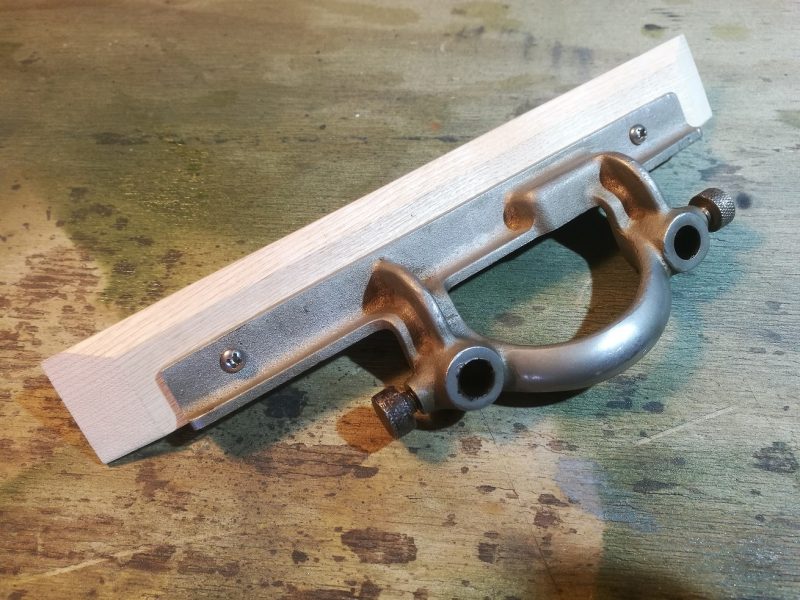 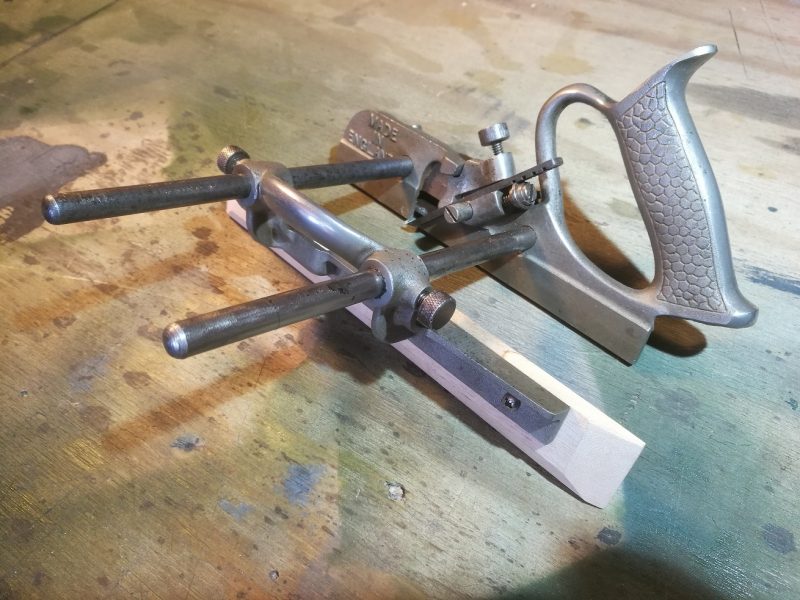 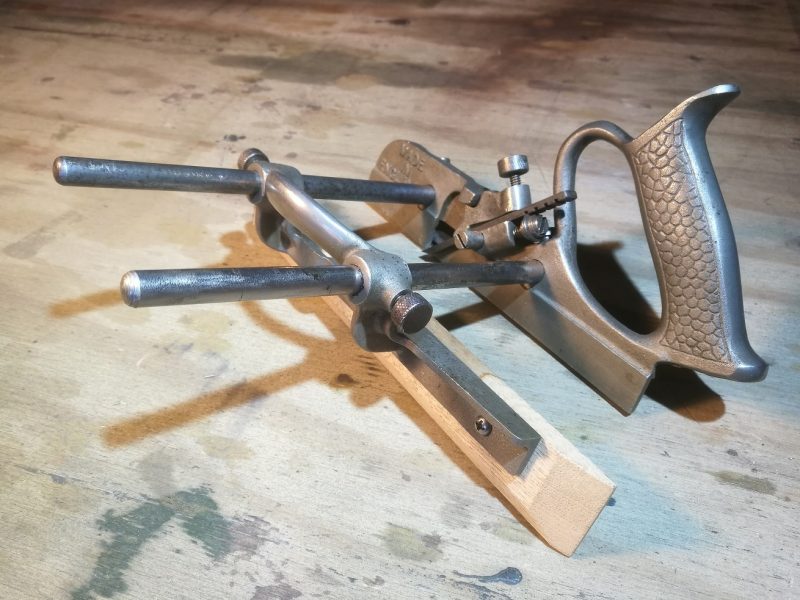 That’s another plane completed and residing in my tool chest. Even though the irons need replacing it still performs superbly, and I’ll be reaching for it regularly for years to come.